"I owe it to my grandfathers"

Growing up in the mountains of northern Pennsylvania my younger brother, Bryan, and I were fortunate to have our grandfathers, Francis Panfili and Mike Makos, in our lives.

Each had served during WWII. One was a Marine, the other flew in B-17s, and their stories of that era sparked our imaginations. Our grandfathers took us to airshows and museums, they built us plastic models of airplanes and tanks. We were hooked.

Then came a rainy day, during summer vacation from middle school. My brother, our best friend, Joe, and I were playing on our computer when we decided to create a homemade newsletter and become journalists.

But what would we write about? Baseball, trains, cars? In the end, we chose our passion, the planes and pilots of the past. So we picked a name, a silly one in hindsight: “the Ghost Wings Club newsletter.”

Over the years, our newsletter grew into the magazine, “Valor,” and I enjoyed some adventures in pursuit of a story: accompanying a Special Forces raid in Iraq, flying a B-17 bomber, a T-38 jet, visiting the Oval Office with the President, having tea at Prince Charles’ home.

Of all the stories I’d investigated in those 18 years, one had to become a book: the story of Franz Stigler and Charlie Brown.

So I wrote "A Higher Call," and it spent 23 weeks on the New York Times bestseller list, and went on to become an international bestseller next.

Another book followed, called "Voices of the Pacific," compiled with my friend, Marcus Brotherton, but I’m hesitant to say we authored it—it was an oral history, the stories of fifteen veterans. To me, they’re the authors.

That brings us to today. I must admit, for years I was wrong. I assumed there was no other story as epic and astounding as the one behind "A Higher Call."

At just 18 years old Adam (far right) was publishing a history magazine dedicated to telling the stories of America's veterans.

Adam, 20 years old at the time, as he pilots a B-17 over central Pennsylvania.

Adam with his grandfather Mike Makos who served in the Pacific with the 5th Air Force's 3rd Emergency Rescue Squadron.

Adam in Trapani, Sicily, during a research trip for "A Higher Call."

Adam interviewing Franz Stigler at his home in Canada for what would later become "A Higher Call."

Adam (right) before flying with the US Air Force.

Adam with Iraqi police and a 101st soldier during his time embedded in Iraq.

B-17 pilot Clayton Nattier and Adam after a flight together in Denver.

Adam and retired Navy Captain Tom Hudner in North Korea after a meeting with senior officers of the Korean People's Army.

But there was another. It’s a soul-stirring tale from a forgotten war, one I traveled all the way to North Korea to investigate. It’s the subject of my new book, one I urge you to explore: "Devotion."

So what does the future hold?

Well, these days I live in Denver, Colorado, where I quietly work. The Greatest Generation is fading fast, so I’m in a race to record their stories while I can, to write the best books to honor them, and to share their stories with you, my loyal readers and friends. So that’s my mission.

I owe it to my grandfathers. 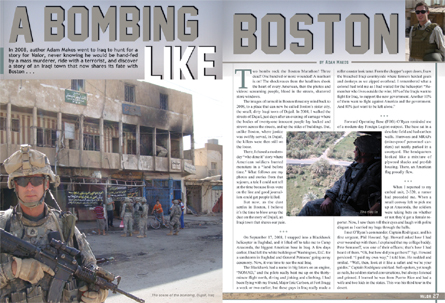 Read about Adam's adventures in Iraq by clicking on the above layout. Please note the article will open in a new pop-up window. 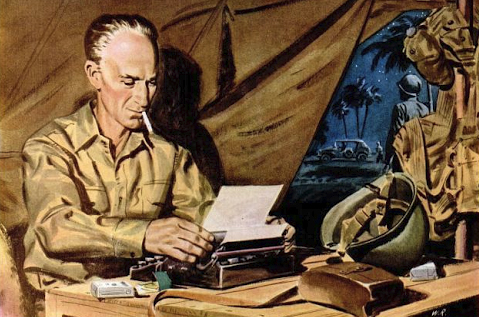